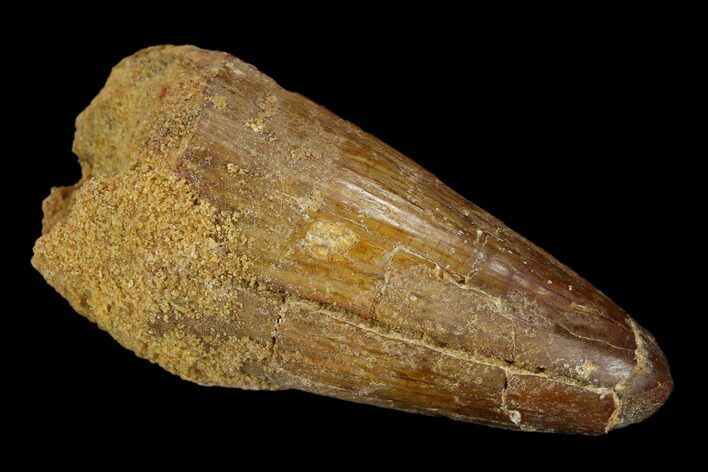 This is a 1.64" fossil crocodile tooth from the Kem Kem Beds of Morocco. There are at least six genera (plural genus) known from the Kem-Kem and it is difficult to assign a taxonomic identification because some of the genera are not well described. This tooth is in good condition with wear at the tip and several repaired and filled cracks.

Many teeth from this area are labeled Sarcosuchus but this is highly unlikely. The Kem-Kem Beds are late Cretaceous (100.5-66 mya) deposits, while Sarchosuchus is from the early Cretaceous (145-100.5 mya) and appears to disappear from the fossil record about 12 million years before the deposition at Kem-Kem had begun. 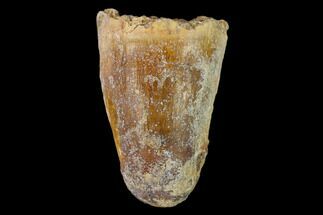 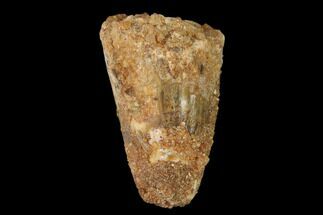 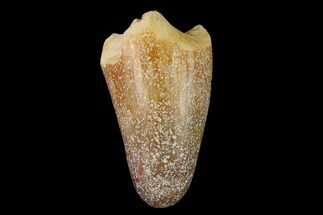