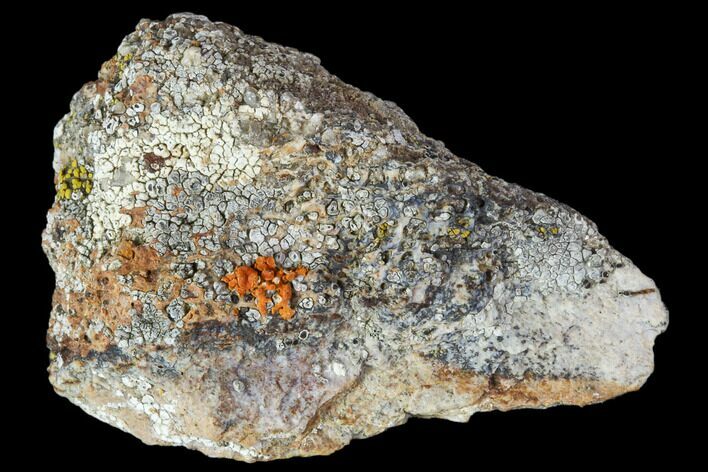 This is an Achelousaurus bone fragment that was collected from the Two Medicine Formation in Pondera County, Montana. We know it from Achelousaurus because it was part of a partial skeleton that was found heavily eroded and fragmented on the surface.

Achelousaurus is a genus of centrosaurine ceratopsid (quadrupedal herbivores, characterized by beaks, horns, frills and teeth at the back of its jaw) dinosaurs from the Late Cretaceous period of what is now North America. Their fossils are dated back to roughly 74 million years ago, many of which have been recovered from Montana. They were herbivorous dinosaurs that sometimes reached 20 feet in length, with a full grown skull measuring 5 feet long.
View Jurassic World Fossils
SOLD
DETAILS
SPECIES
Achelousaurus
AGE
Late Cretaceous (~74 Million Years)