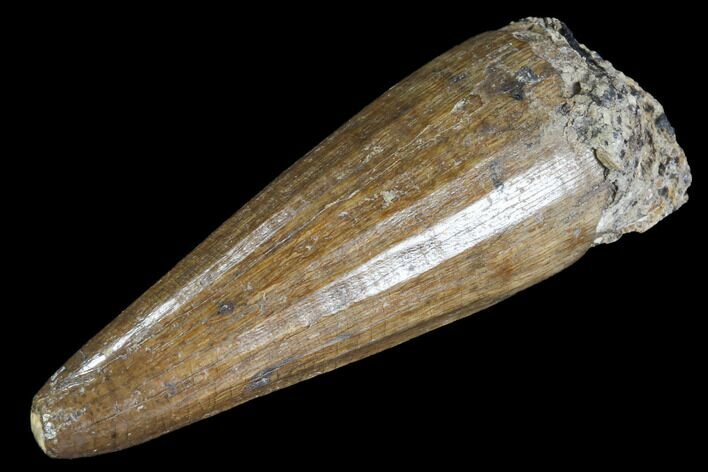 This is a really nice, large, Goniopholid crocodilian tooth tooth. It was collected just a few weeks ago from Aguja Formation in Texas.

Goniopholididae is an extinct family of moderate-sized semi-aquatic crocodyliforms superficially similar to living crocodiles. They lived between the Early Jurassic and the Late Cretaceous. Compared to modern crocodilians, goniopholids are very unusual in several respects. They possessed two rows of rectangular, interlocking osteoderms like those of terrestrial crocodilymorphs like atoposaurids, that are relatively simple, do not extend far in their necks, as opposed to the ornate armours of modern crocodilians; likewise, unlike modern crocodilians but like many extinct forms like phytosaurs, they have ventral osteoderms as well. Their forelimbs are also proportionally very long, particularly in the humeri and wrist bones, being as long or longer than the hindlimbs, the opposite of the condition seen in modern crocodilians.

This specimen was collected within the past year on private deeded property in Brewster County, Texas. You won't see any other dinosaur material from the Aguja & Javelina Formations for sale because nearly all of the formation lies the borders of a national park or in Mexico which can not be collected. One of our partners was lucky enough to purchase several hundred acres of ranch land in Texas containing a good exposure of these formations.

These formations are equivalent age to the Judith River Formations in the Northern US/Alberta. Because relatively little collecting has been done on these formations in Texas most of the species remain undescribed. Our partner has been putting important material into research collections and working with museums and researchers, so in the coming years their work will help lead to these dinosaurs being formally described. 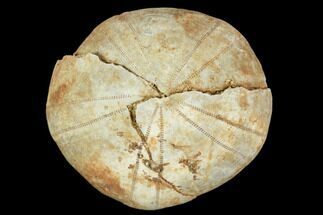 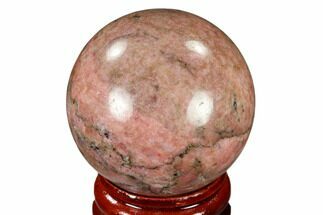 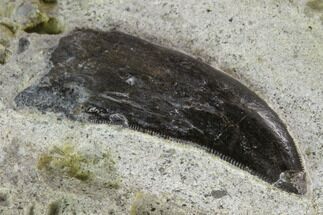 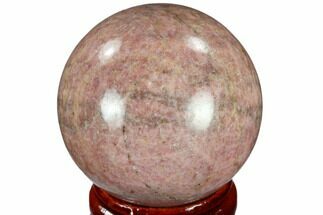