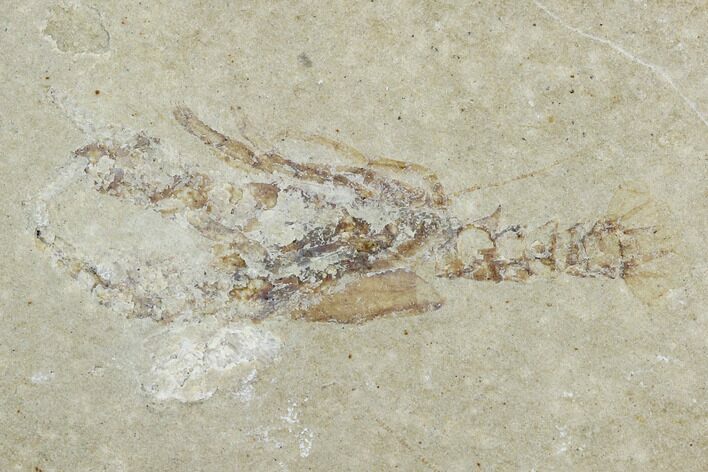 This is a beautiful, 1.4" long fossil crustacean of the species Eryma cretacea. This specimen was quarried from the famous Upper Cretaceous aged, marine lagerstätte near Hakel, Lebanon. Outstanding dark orange colored preservation which contrasts nicely with the creme colored colored limestone.