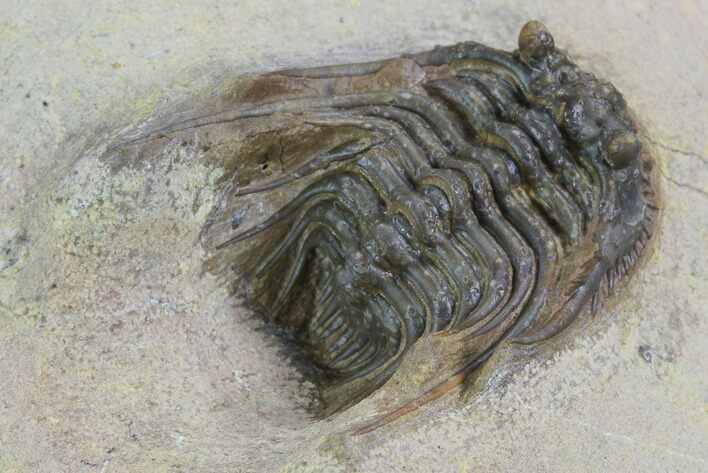 This is a detailed, 1.35" long Leonaspis from Morocco. No restoration on this specimen.