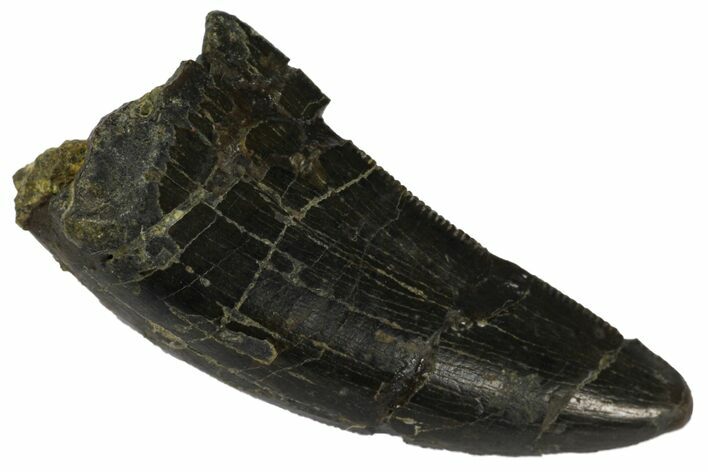 This is a 1.22" Tyrannosaur tooth collected this summer from the Two Medicine Formation of Montana. Some of the serrations are still present. A several repaired cracks.

There are three described Tyrannosaurs from the Two Medicine Formation & Judith River Formation, Albertosaurus, Gorgosaurus and Daspletosaurus. Research done on teeth from these three Tyrannosaurs has concluded that isolated teeth are statistically impossible to assign to a specific genus because they are so similar.