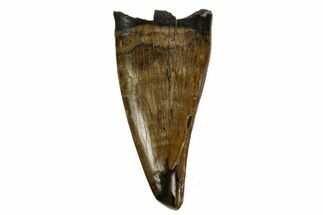 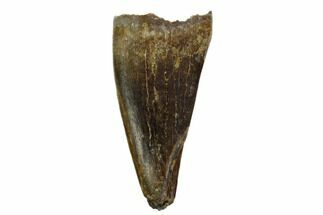 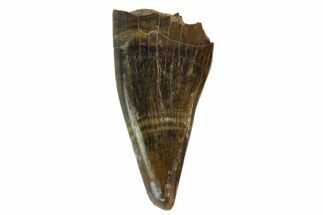 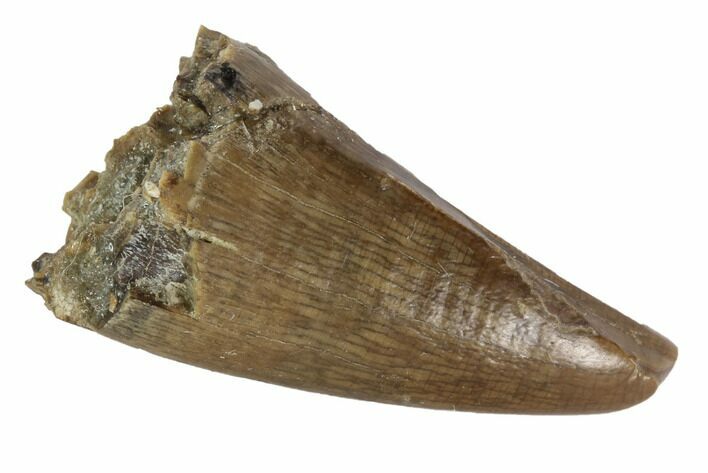 There is feeding wear to the tip as well as where the serrations would have been. However, one edge of serrations remain, though they're not in the best condition. There are two small repaired sections of tooth proximal to the roots location. Comes with an acrylic display case.

These oddly shaped teeth with two ridges located on the lingual side where originally described as Aublysodon more than a century ago based off of isolated teeth and jaw fragments. More recent discoveries of more complete Tyrannosaur skeletons from this formation has lead to the discovery that these teeth are actually the premaxillary teeth from juveniles of other Tyrannosaur species.

There are three described Tyrannosaurs from the Two Medicine Formation (Judith River Group), Albertosaurus, Gorgosaurus and Daspletosaurus. Research done on teeth from these three Tyrannosaurs has concluded that isolated teeth are statistically impossible to assign to a specific genre because they are so similar. 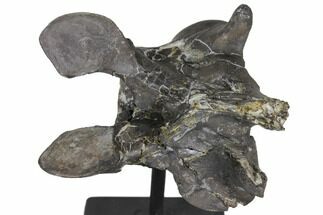 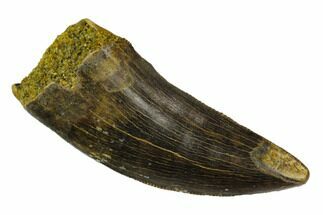